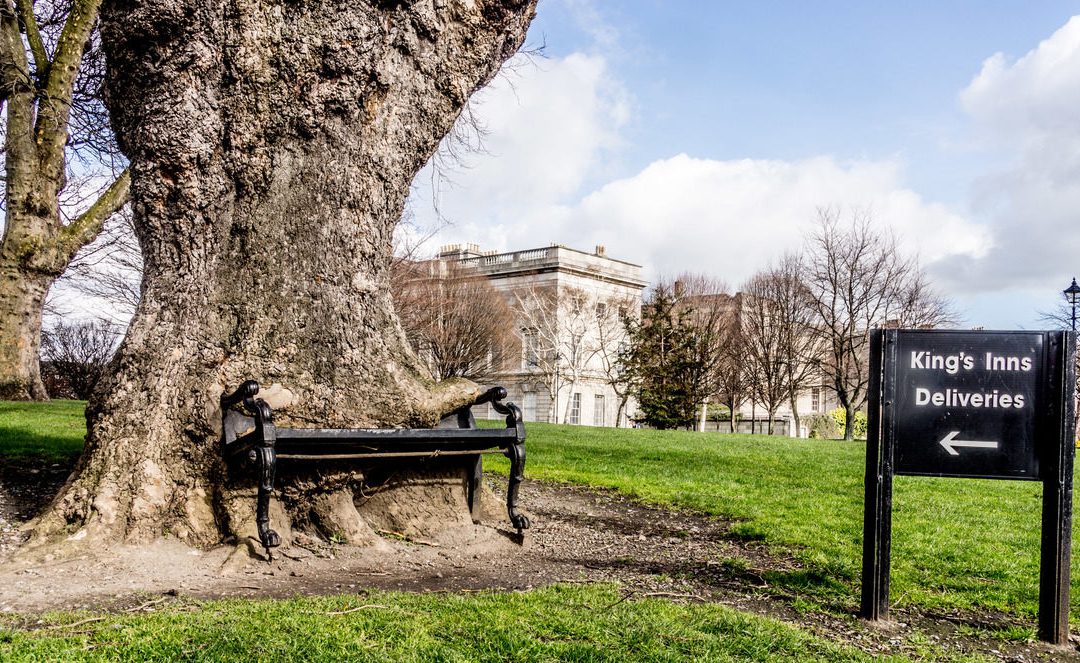 The Hungry Tree in Dublin is an 80-year-old London Plane tree that’s currently in the process of devouring a cast iron bench. As the years have passed, the tree has grown, causing it to swallow the parts of the structure that stands in its way. Its gnarled bark now spills over the back of the bench, making it appear as though the seat is being sucked into the tree’s trunk.

It isn’t the first tree to eat something that stood in its way. Other trees around the world have acted similarly when faced with an obstacle that intrudes upon their growth. Still that hasn’t stopped the Hungry Tree from being listed by the Tree Council of Ireland as one of Ireland’s Heritage Trees.

The arboreal bench-eater is located within the grounds of The Honorable Society of King’s Inns, Ireland’s oldest school of law, established in 1541 during the reign of King Henry VIII. The grounds are open and accessible to the public and lead on to Henrietta Street, which along with King’s Inns itself has been used as a location for many films and TV dramas.

[acceptance term_and_conditions class:required] I can confirm I have read and accepted the Terms and Conditions.[/acceptance]